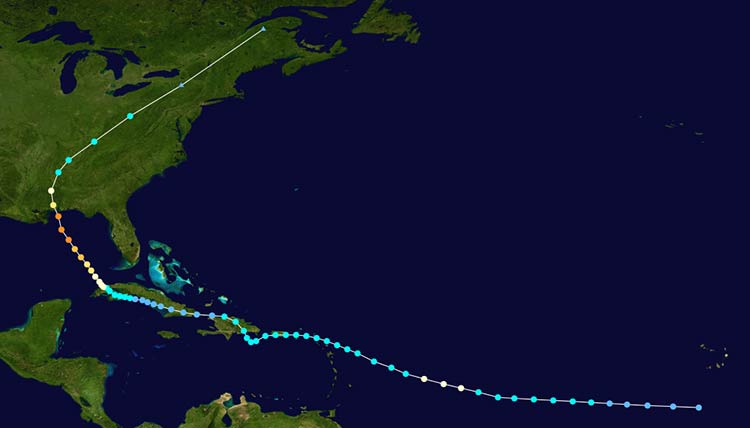 A watery sunshine heralded the start of a new day, but this day was different with the stillness and hush that was prevalent Ocean Springs, Mississippi. Families peered from their dwelling in apprehension to see the terrible damage. Sites which had been so familiar the day before were ravaged by high winds and tornadoes. The sun filtered through fallen trees, twisted outbuildings, debris covered streets and rooms where holes gaped in the roofs. There were feelings of awe, shock and dismay that Sept. 13 morning as families viewed the aftermath of Hurricane Frederic.

Those initial feelings soon disappeared as individuals, families and neighbors pitched in for the massive cleanup. The early morning stillness was shattered by the racket of chain saws the swish of slowly passing cars as sightseers came out by the dozens to view the disruption. The Ocean Springs Civil Defense requested tools and manpower to clear the blocked streets. Both the patrolmen and national guardsmen, after spending a hair-raising night on the streets, had to pull a double shift and protect the city. Soon Ocean Springs was teeming with officials that came from the federal disaster office, the governor’s staff, Civil defense and insurance companies. Aid was available to those who needed it.

Homes and businesses were without electricity and the power crews, who came from all over the southeast, were welcomed sights as they inched their way down the streets repairing fallen lines. Businessmen all over town opened their doors to those who needed food and emergency supplies. Lines were everywhere as people queued up for ice, gas and groceries.

The city officials kept city hall churning by trying to meet every crisis. The only normal item of business that was conducted the Monday after Frederic was the annual delinquent tax sale. Though the streets were made passable, piles of debris from yards grew, making officials realize that cleaning the city was going to be a massive operation.